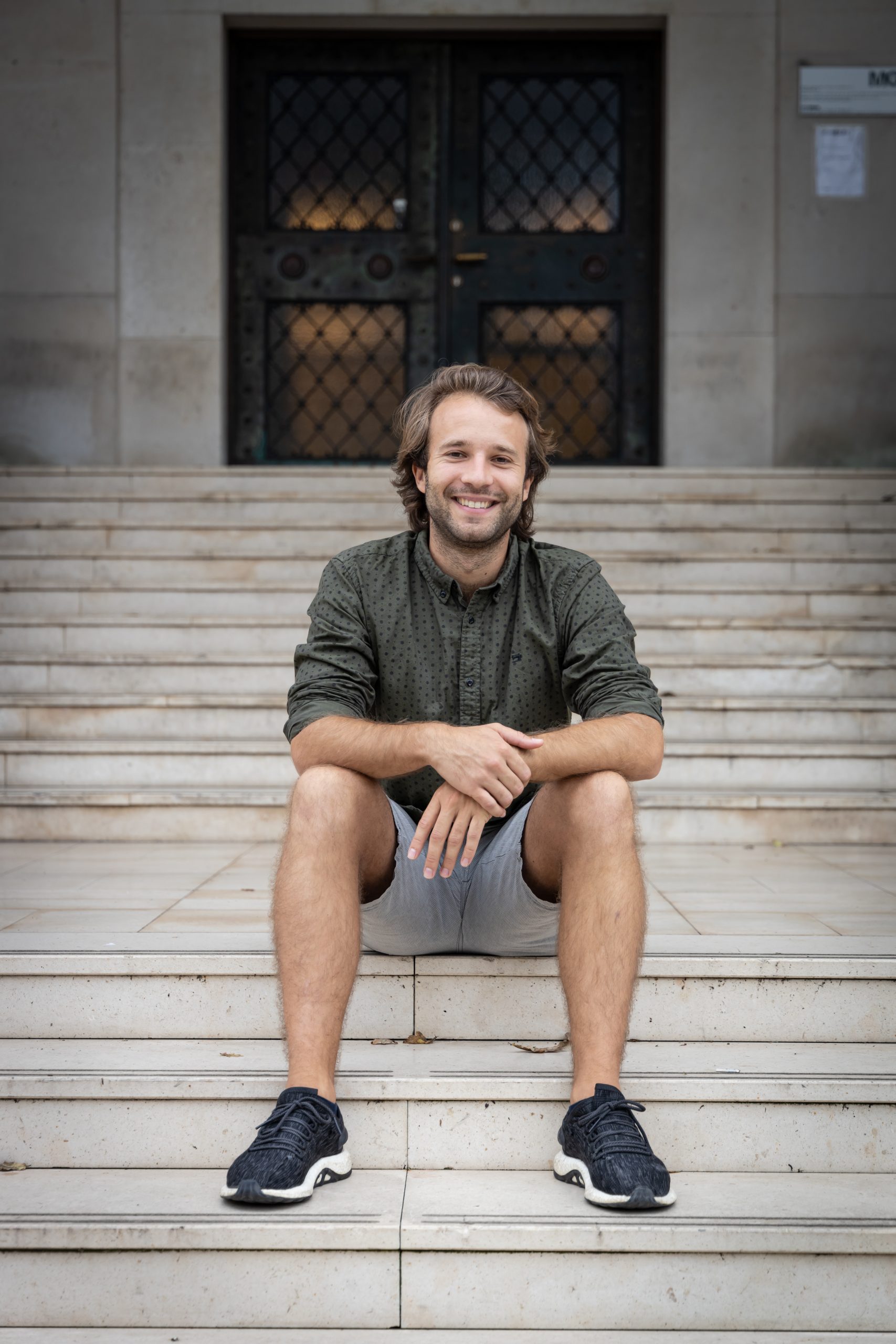 Nik Škrlec is a Slovenian actor and a TV-show host known also for  reciting the decimals of pi by heart. His last competitive result (yes, there are competitions in reciting pi) was 3141 decimals. He stars in several theatre plays and also tours with his own. He won several awards for his one-man theatre show “How I remembered 3141 decimals of pi” and often tries to create a theatre show out of scientific topics. One of the most recent plays of such kind is “Eureka!”, a play trying to turn primary grade physics into comedy.